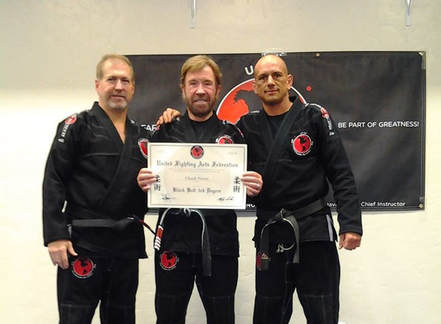 There are many who refuse to believe that an inanimate object that resembles a human can actually be useful for practice. Indeed, no dummy will ever be as valuable as a well-matched training partner. Humans can react to your every move so you can get instant feedback if you're doing things right or wrong. They can help you, guide you, and give you a pep talk when you need it. This does not mean that dummies are useless. There are a number of cases where using them makes sense as perceived weaknesses can turn into strengths. In fact, they may even be better than humans for very specific jobs. Here are some examples of these usage scenarios:

Boxers make use of heavy bags almost every day to practice their punches. Doing so helps them to go all out when generating power. Their sessions can be more consistent. They can try to do their combinations uninterrupted for hours if they want to. In MMA, striking does not always happen while standing up.  The opponent may be lying down after a wrestling throw or a powerful kick. Finishing them with ground and pound could be the key to victory. The awkward angle can take getting used to. A grappling dummy makes it easier to find a good position to hit the right spots and prevent blocks. Punches can be deployed at high intensity.

Indeed, intensity is a major keyword when it comes to dummy training. Humans are fragile. They cannot take sustained hits without getting some form of muscle or bone damage. We would not want to injure our training partners just so we can improve our power. We should also remember that not all practitioners are chiseled and experienced fighters. Some are young kids who are just beginning to learn the techniques. In a class full of little ones, it will not be advisable for them to throw each other around multiple times just to master the moves. Having a dummy means that they can repeat high impact drills without any worries.

Catching Up on Lessons

Even the most dedicated students of the sport can miss a class of two. Perhaps they fell ill and were too weak to attend practice. Forcing the issue might put themselves and their classmates in danger. They might have had to prioritize school requirements or work responsibilities for the time being. They may have had to travel with their family for a vacation. The longer they spend away from the dojo, the bigger the gap that forms between them and the rest of the class. One way to ease back is to catch up on the lessons at home using a grappling dummy.

A lot of people supplement their knowledge by watching instructional videos by those considered as masters. One can certainly learn a great deal from these. However, they would only be useful if people can apply and remember the lessons. Waiting for a partner to come by to try out the techniques is not ideal since they might have already forgotten everything by then. With a dummy, they can pause, practice, and repeat as much as they want to.